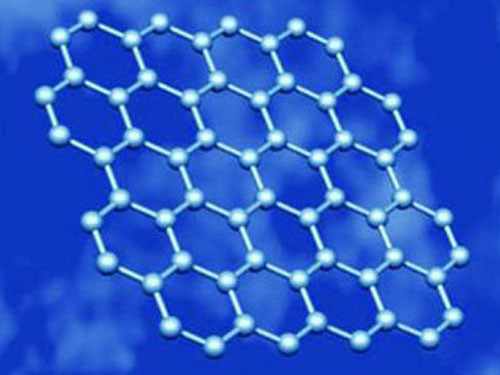 Industrialization is a critical stage for the application of new technologies and materials. After six months of silence, graphene has stirred up recently. Li Yichun, secretary-general of the China Graphene Industry Technology Innovation Strategic Alliance, put forward the view that China will become the first year of the graphene industry in China.

Graphene mobile phones have been mass-produced. A news story has recently been circulating in the graphene community. In early March, the worldâ€™s first batch of 30,000 production graphene mobile phones were launched in Chongqing. The mobile phone was developed by the Institute of Green Intelligent Technology of the Chinese Academy of Sciences and the Ningbo Institute of Materials Technology and Engineering of the Chinese Academy of Sciences, and was mass-produced by the Chongqing Moshi Technology Co., Ltd.

It is reported that this is a new type of mobile phone using the newly developed graphene touch screen, battery, and thermal conductive film, with higher touch performance, longer standby time, and better thermal conductivity.

Methic scientists said that the graphene phone out of the laboratory, opened up the technology, but the cost is high.

At present, the price of graphene mobile phones is 1,000 yuan more than that of ordinary mobile phones. "No order now, we also need to look at the user experience and market feedback."

Industry insider Mr. Zhao told reporters that the final breakthrough in the industrialization of graphene in other fields depends on the market, that is, whether the price of mobile phones is accepted by end customers. At present, under the circumstances that major mobile phone manufacturers such as Apple and Samsung have not accepted Chinese graphene technology, Chinese scientific research and industry are trying their best to attract attention, gather resources, and open up the industrial chain.

The reporter noticed that the gorgeous family had suspended the plan from January 21st and planned to acquire 100% of the equity held by the major shareholder Nanjiang Group. Nanjiang Group is a buyer and industrialized joint venture of the graphene technology of the Ningbo Institute of Materials, Chinese Academy of Sciences. In addition, Ningbo Mass Materials has participated in the mass production of mobile phones.

According to industry sources, the mass production of mobile phones will help the gorgeous family implement the increase.

Since February, the graphene index has risen by 20%.

2015 is the first year of graphene industrialization?

Graphene has high conductivity, high toughness, high strength, large specific surface area and other characteristics. It can be widely used in many fields such as lithium battery, touch screen, semiconductor, photovoltaic, aerospace, military, and LED.

Li Yichun predicts that 2015 will be the first year of China's graphene industry outbreak. This year, graphene lithium batteries are expected to be the earliest industrialized production. In addition, along with the vigorous development of electric vehicles, it is expected that commercial use of graphene lithium battery products will be implemented this year. Drive 10 billion yuan in the industrial chain in China.

Mr. Zhao also believes that in addition to mobile phones, the industrialization of graphene in the fields of composite materials and energy storage is also expected to enter the scale stage in 2015.

However, some business people are more cautious. According to a person from Baoan, China, the company has the ability to produce 1 kilograms of graphene powder per day, but the expansion of production also needs to be linked to the market. Currently, it is only at the stage of applied research.

A battery company in the South said that at present, only basic research on graphene technology is being attempted. From the perspective of cost and application, the technology is still in the research and development stage.

A scientific researcher does not directly affirm the viewpoint of the first year of industrialization. He told reporters that graphene has a very wide range of downstream applications. The product level also includes low-end and high-end products. It will be industrialized in certain fields in the near future, but it depends on the cost-effectiveness and market size.

â€œThe graphene industry is now paid by some people, and some people contribute, but the new materials industry has a slow and repetitive breakthrough and needs to stand the blow,â€ he said.

Next: Intelligentization becomes the development trend of air conditioners