According to foreign media reports, coastal sewage treatment plants may be a dirty but necessary way to treat urban sewage, but a new study from Stanford University shows that they can also be used as power plants to achieve energy independence and Carbon neutral. Researchers say that by mixing fresh water from nuclear power plants with seawater, they have the potential to recover 18 billion watts of electricity globally. 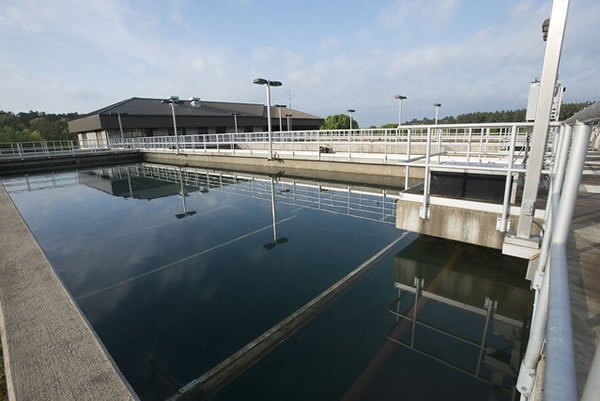 Although this amount is not much, according to research by the Stanford team led by Kristian Dubrawski, a postdoctoral fellow in civil and environmental engineering, this "blue energy" may have important applications in local wastewater treatment plants.

When these factories are located in coastal areas, they will continuously discharge fresh water into the sea after treatment, but the operation of these factories is energy-intensive, accounting for 3% of the electricity output in the United States alone. In addition, sewage treatment plants also need to run around the clock, so the power shortage will cause some serious consequences.

In fact, the idea of â€‹â€‹using salinity gradients to generate "blue energy" is not new, but the research team at Stanford University said that this is the first method that does not depend on factors such as pressure or penetration. Instead, it introduces fresh water and sea water into a battery washed with electrodes made of Prussian blue and polypyrrole. In this way, when they exchange sodium ions and chloride ions, a current is generated. When the seawater comes in, the reaction proceeds in one direction. The current also moves in one direction, and fresh water is the opposite. This system can work continuously without energy input.

The Stanford research team said the electrode is relatively strong, partly because its surface is coated with sulfosuccinic acid and there are no moving parts on it. In the test, a prototype of the Palo Alto water quality control plant near Half Moon Bay, California passed 180 cycles and maintained 97% efficiency despite its low power output. If it can be scaled up by using multiple batteries, then it can allow coastal sewage treatment plants to be self-sufficient, and the remaining electricity can enter the grid or be used for seawater desalination.

Dubrawski said that because this is a complex solution, large-scale testing is also required.

Related research reports have been published in "ACS Omega".