Anchor poles are called post holders or steel holder in some countries. Commonly, they are using Q235 as the raw material, the thickness plate is usually 2 to 5 mm.  Production process is cutting, bending , welding, acid- pickling, among these, aicid-pickling is very important  treatment, it is affect the service life of the Pole Anchors.

Our factory have been exporting these products for many years and have rich experience in making these , furthermore, we have gain CE certification on the steel holder.Good quality and superior  service offer you enough excuses to placing your order! 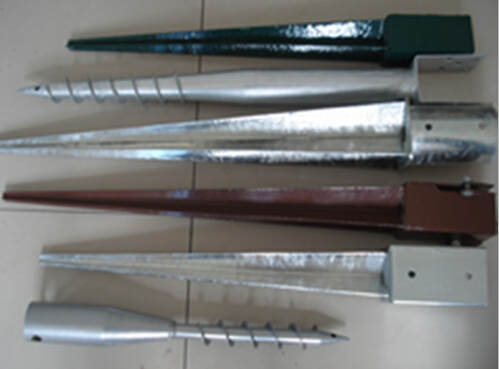 Previous: How to choose a good lock?

Next: There is intermittent weak precipitation in western Hubei, which is more favorable for autumn harvesting.